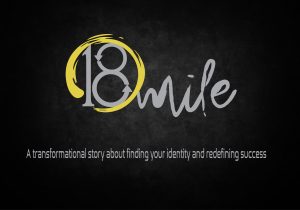 Thanks for your interest in my free ebook 18 Mile. I’ve provided a download link and additional information about the book below. Hope you enjoy it.

If you feel like giving a donation for the book, all proceeds are going to the Young Knights organization which is a faith-based mentoring program for fatherless inner city kids in Chicago. Click the donate button below and type Young Knights in the notes section so I know it’s for them.

The title of the book is 18 mile. Many are familiar with the movie Eminem came out with called 8 mile. I always thought it was interesting that we grew up so close to him and that both our streets had an 8 in it. It got me thinking what a movie about 18 mile would look like. I started brainstorming about the similarities and differences, the spiritual parallels and all the experiences we went through. I created an outline just to see it on paper, then slowly started expanding upon it. This all happened around 2012, right before I started attending Bible College. I actually finished my first rough draft for 18 mile all the way back then. Once I went back to school though, I didn’t have very much time to work on it. So it wasn’t until I finished Bible College last year that I was able to start working on it again. Obviously a lot has changed since then, so I made many edits to the rough draft and additions as well.

18 mile turned out being an autobiography about my transformation from living for the world to relationship with God which takes place from my senior year in high school during the year 2000 to the present day. It is around 50 pages and 18 chapters long with about half of them being about my life without God and half of them being about my life with God. It talks about many of the issues a young person growing up in the early 2000’s would encounter, the influence Eminem and hip hop had on us, drugs, parties, relationships, work, religion and more. It’s not meant to be an exhaustive study on any of those topics in particular, but an easy read that touches on each subject and offers some Biblical truth to consider. Each chapter has a key takeaway at the end that discusses what you can learn.

When it comes to learning about God, I’m really passionate about reaching not only younger people but also those who don’t know the Lord in general or evangelism. I know how hard it is to overcome certain beliefs once you have been indoctrinated with them, whether they be from the world or the church. I have been very blessed to be able to learn from some of the best Biblical teachers in the world in my opinion, the main two being Greg Henry and Bertie Brits. However, because of my experiences in the world and in church, it wasn’t easy for me to allow their ministries into my heart at first because it was very different from what I was used to. Also, because of the apostolic nature of their ministries sometimes they can get very advanced and technical about what they are teaching. I feel like 18 mile can introduce many people to the truths taught by Greg and Bertie at a very basic level with real life examples that can serve as a bridge to their ministries.

So I hope people who read 18 mile are encouraged by the God presented in the book and are given something better to say yes to from someone they can relate to. In order to actually place your trust in God, you have to get to know Him. If a stranger comes up to you and asks you to just trust him, would you? No. Why? Because you don’t know Him. This book is just one tool for people to get to know God better by seeing how He worked in my life and some of things He has taught me.

After I finished writing the book, one of the decisions I had to make was whether or not to sell the book or give it away. I decided it would be best to give it as a free download so that anybody that wants to read it can get one, but I wanted to try to help the Young Knights organization that I was introduced to from a friend of mine. They are a faith based mentoring program for fatherless inner city kids in Chicago. Since my schedule wouldn’t allow me to commit to becoming a mentor for them, I thought this was the next best thing I could do. I have no idea how much exposure or proceeds I can help them get, but the book will have a suggestion donation of $5, all of which will be given to the Young Knights. I have provided some more info about them from their website below. If you’d like to visit their website to learn more or get involved it is www.youngknights.org.